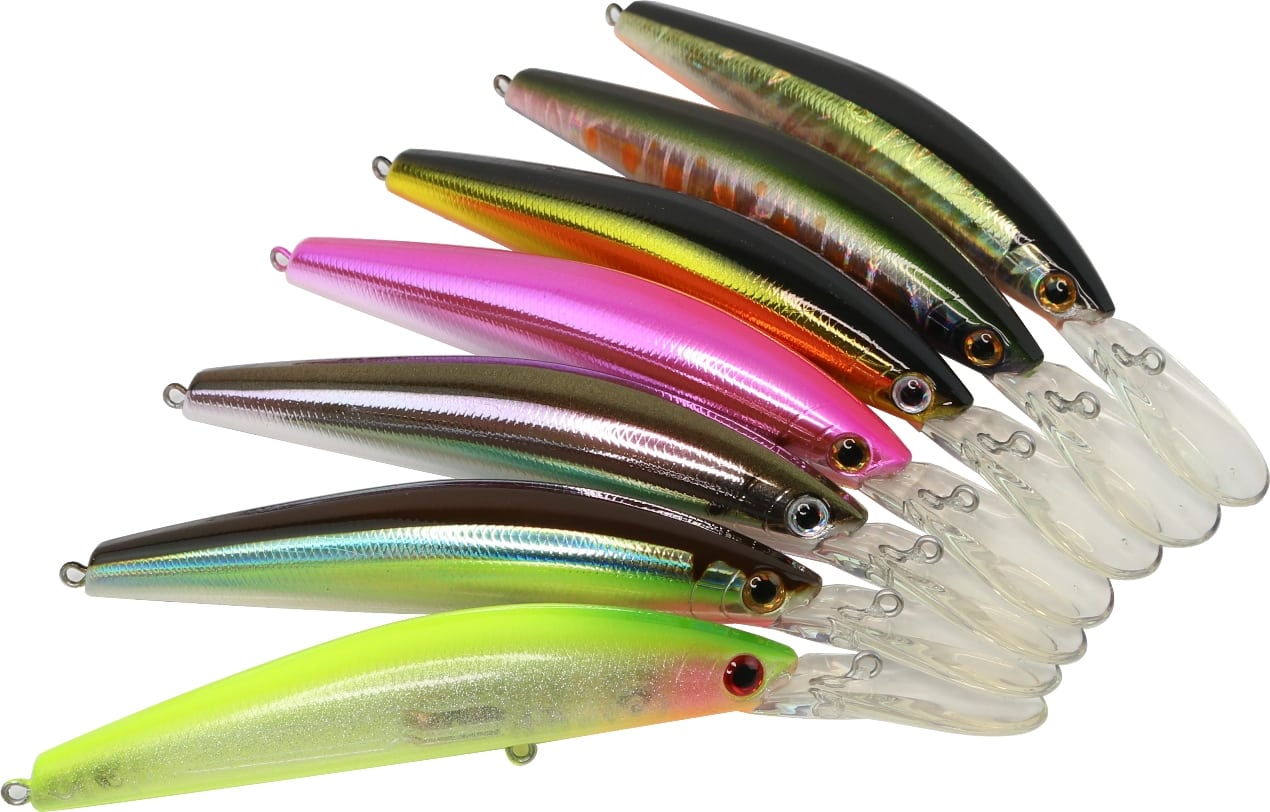 Japan produce some of the most life-like lures available anywhere in the world and the Bassday Sugar Deep 90 ‘Barra Tune’ is no exception, except this time it’s been tuned for Aussie conditions. This realistic 90mm jerkbait is available in seven fish attracting colours covering everything from clear to dirty water making them ideal for inland dams on the barra trail as well as rivers, streams and estuaries.

The Bassday Sugar Deep 90 ‘Barra Tune’ has been developed for the Australian market with a heavy duty construction and extra strong trebles straight out of the box. It has a life-like appearance and can be cast accurately quickly diving to a depth of 2.5m.

The Sugar Deep 90 ‘Barra Tune’ is extremely versatile and can be used with a slow steady retrieve producing a sharp wobble or a fast erratic stop, start retrieve which will have the lure darting about imitating a dying bait fish. They also work well in heavily fished waters or on days where the fish are timid as the neutral buoyancy nature of the lure allows anglers to pause it near fish holding structure and it will suspend right in the strike zone.

The Bassday Sugar Deep ‘Barra Tune’ will be perfect for northern flats, barra, threadfin salmon and other species as well as flathead down south over flats.