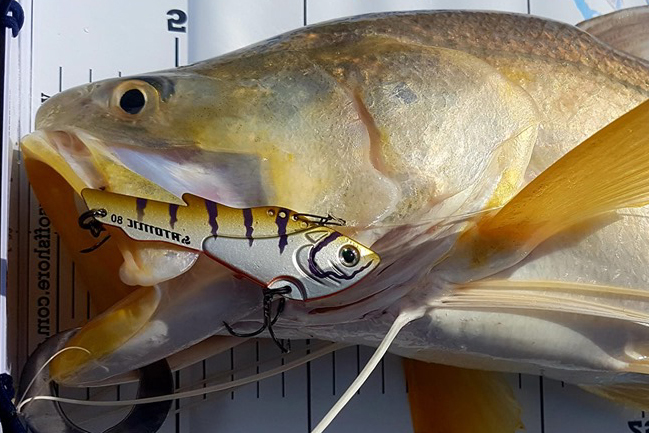 The Atomic Metalz were launched many years ago initially in a 35 and 40mm size. They immediately became a hit with bream and bass anglers and were used effectively by some teams to win events where the fish were holding deep.

The effectiveness of the lure itself comes down to the careful design and the quickness at which the blade works, sending out a vibration that attracts nearby fish. We have also worked hard to ensure action at slow speeds. Weight distribution has been key to this, and across the entire range, all sizes swim confidently and perform with that fish attracting vibration.

With feedback from ambassadors, we have added new larger sizes to cover the full breadth of inshore and offshore fishing as well as impoundments. In all, there are now five sizes in the range.

Already available in a slew of natural and striking colours, the new sizes cover 55mm up to 110mm.

Team ambassadors have caught bass, bream and threadfin salmon on the 55mm versions during testing. And offshore species such as coral trout and sweetlip have been caught while being fished deep off the reefs.