How to: Redfin on plastics 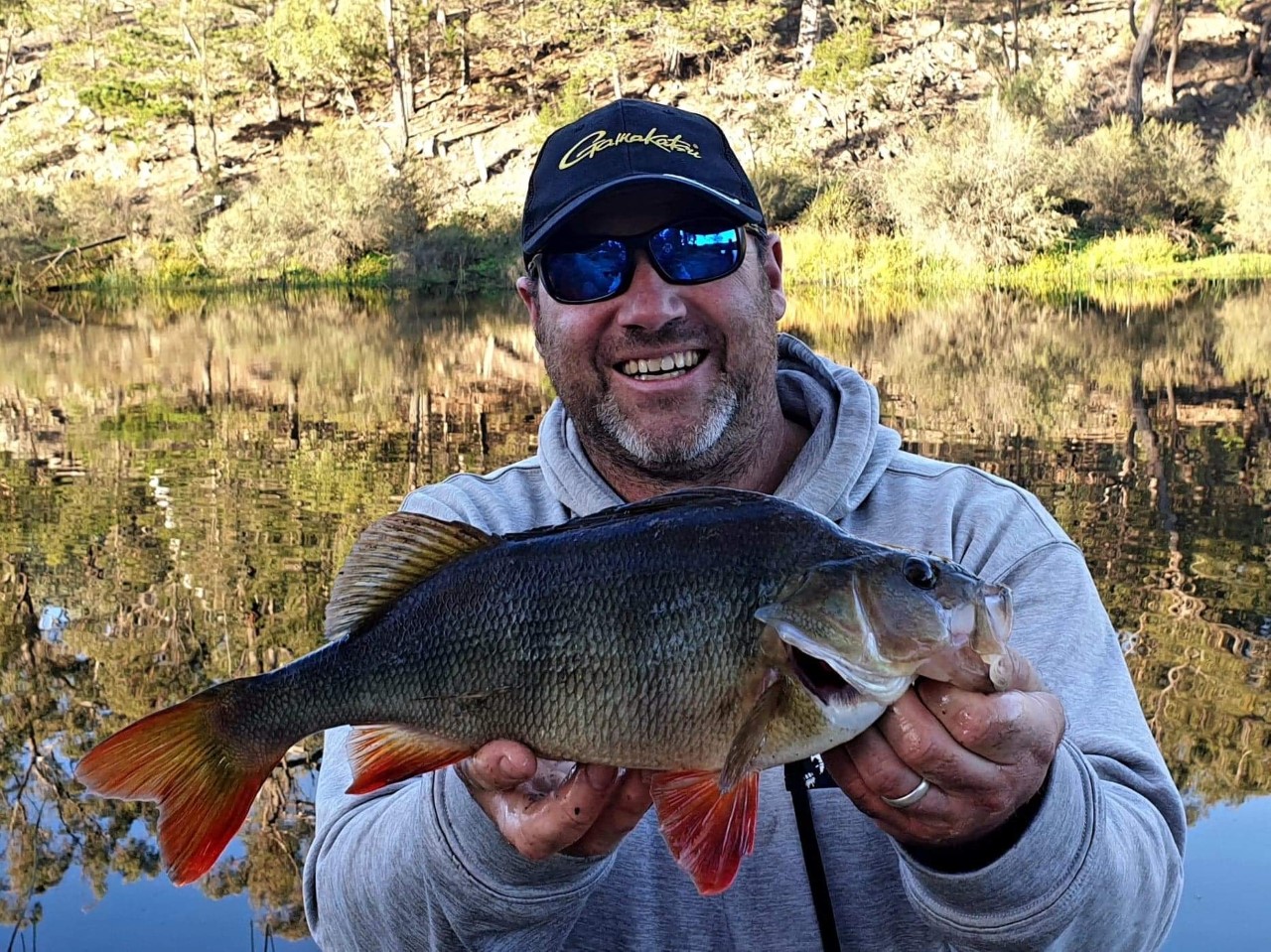 The main reason I fish for Redfin Perch is that they are really close to where I live. This makes them easily accessible at a moment’s notice, and the fact that they are excellent table fare is a bonus.

I have a bag ready to go with a leader, scissors, pliers, assorted lures, jigheads and an array of soft plastics ready to grab, so I can head out the door and be fishing in no time.

These are a stunning looking fish that will keep you entertained, with their markings, bright red fins and Bass like features. They are usually available in large numbers and can be relatively easy to catch.

You can catch Redfin Perch all year round, it’s just a case of matching your lure presentation to the time of year, depth and weather conditions.

For example, in the warmer months they can be more active and can even be seen pushing bait schools to the surface from the depths of a deep pool. Even in the shallow water at the heads of pools actively feeding, a well-placed cast with soft plastic with a light jighead will generally bring them undone when this takes place. I generally fish for them over the cooler months and find they are in deeper pools, and are often caught close to the bottom I’ll explain this is more detail later on.

One thing is for certain once you’ve caught one you will find more fish close by as they like to swim in schools and sometimes in really large numbers.

With that being said if you are catching a lot of small fish it might be an idea to move or make a cast wide of where you have been catching them. As larger fish can often be found skirting the edge of smaller fish looking for an easy meal, as Redfin are known to be cannibalistic.

I really like a light rod to fish for Redfin Perch, the Atomic Arrowz Bream Crank 1-5lb is pretty much perfect in my opinion. As it lets you get the most out of these fish as they aren’t the greatest fighters, but still has enough low-down grunt to handle a big one or a carp by catch.

I match the rod with a 1000 size reel spooled with 8lb Unitika bream Jnr braid joined by an FG knot to Unitika Aiger 4 or 6lb leader. I only use 6lb if I need to lift them up an embankment, the rest of the time 4lb is more than sufficient.

I use a variety of lures to catch redfin but I am going to focus on soft plastics, two in particular, the Atomic 2 inch Fat Grub and the 2.5 inch Paddle Tail. These matched with various weight jigheads and worm hooks will catch you Redfin in almost all scenarios.

The reason for the 2 different plastic is style and size soft plastics is depending on the fish’s mood and the way they are feeding for example it I’m getting bites on the Paddle Tail and not hooking up Ill switch to the smaller profile 2 inch grub an alternatively if I catch a fish and can barely see the soft plastic I will change from the grub to the paddle tail.

As I stated before, I generally fish for them in the colder months but this technique works both in cold weather and warm weather.

What I generally look for is a deep pool down stream of an obstruction or bend as a starting point then I simply make cast into the middle of the pool letting the lure sink to the bottom watching for the tension on the line to go slack, if this takes too long increase this size if the jighead and the opposite if it hits the bottom too quickly.

Once the lure has settled on the bottom, I will wind up the slack then give it 2 short and sharp twitches of the rod tip then I wind the lure up for two winds of the reel then pause and let rest back on the bottom wait a second and repeat.

The other retrieve I use is to cast let sink down all the way to bottom and give the rod tip a constant little twitch with a slow wind this will bring the lure through varying water depths. This works exceptionally well if areas of the bottom are snaggy or the fish are suspended off the bottom.

Redfin fishing can be a little repetitive when you’re catching a lot of small ones but be prepared for bigger fish as they will often catch you by surprise.

Redfin perch are an excellent eating fish and have a white firm flesh, simply fillet with a good quality knife I use a Kershaw 7 ½ inch fillet knife which is perfect, once you have removed the fillet back fillet the skin off the bigger the redfin is the thicker the skin will be.

From here it is your choice what do next, I like to cut them into pieces removing the bones, crumb and shallow fry but they also good in fish tacos and even will go nicely into a curry.

So, the next time you want have fun and catch a feed give Redfin Perch ago.