How to strip bait for bream 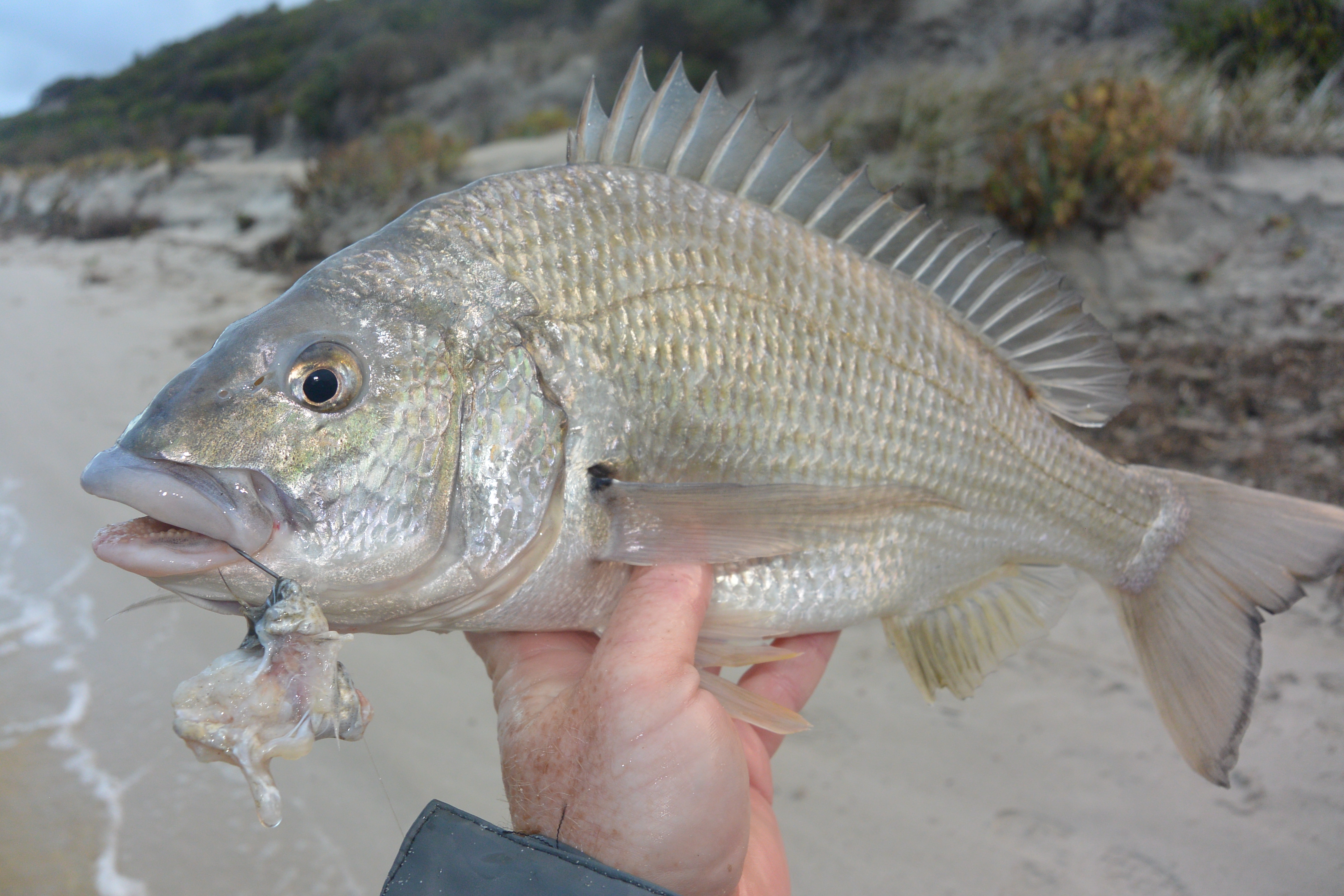 Don’t shoot the messenger, but bait is still a legitimate bream weapon for numbers and size of fish, and also to cash in on situations where they can be shut down on lures.

While lures are fantastic, and are an addictive and enjoyable way to catch bream, they do have limitations like any method, and days where they can be quite ineffective. If you want to turn these lacklustre lure sessions into productive bait days then you can be in for a hectic time of it.

Like many forms of fishing you can take the use of bait on bream to whatever level you want to. At its most basic you can grab a packet of frozen prawns from a service station and a bunch longshank hooks and lob out a bait in your closest estuary. Or conversely you can put extra thought into your approach, sourcing the best possible baits, rigging them with extreme care and consideration, and then put in the necessary hours drowning these offerings in prime places at peak times in search of your dream sized brute bream. The choice is up to you, but either way there’s a bunch of fun to be tapped into!

One of the better bait options for bream is the use of fish flesh, mostly in strip form. Strip baits for bream ticks a few boxes, most notably you’re using a fresh bait, and a bait that’s reasonably robust giving big blue-lips longer to sniff it out. The fact that it’s an easy DIY option makes it cheap as chips as well!

A typical strip bait bream session will first start with rounding up some mullet, then cutting them into portions as needed. Other fish such as fresh slimy mackerel, yakka, garfish, salmon and even tuna cubes all work well too. If needed your bait can be frozen fresh and used in the near future, which is perfect for shorter more impromptu bream sessions.

When small bream are shredding baits using a rubbery slab of fresh mullet for example can give you more time in the strike zone and keep you fishing longer. Big bream will actually be drawn in by the frenzy of smaller fish and bust through the pack to eat your bait. If the smaller fish are simply too thick and ferocious you can even utilise other parts of the fish you’re using for bait. Bream are amazingly aggressive fish, especially in a competitive feeding situation. The bony structure of a fish head, or the tough nature of a set of fish ‘wings’ (the wedge of underbelly flesh that has both side pelvic fins on it) can be required to keep a bait in the water some days.

If you have a hankering for a better grade of strip bait bream there’s a lot of little tricks you can do to boost your strike rate. Paying attention to how you rig baits is one of the most important steps of the lot. Big bream can hit like a pile of bricks and scream off with baits, and if your hook isn’t positioned well you’ll miss chances and pull hooks with hair pulling frequency. Similarly, better bream can play around with baits also, mouthing them and crushing them, and again your rigging technique and terminal tackle selections will be tested when it comes time to set the hook.

Baits should be kept at a size and shape where they can be effortlessly eaten by a bream, or at least present the hook proudly, and they should be able to be cast well. For strip baits this means keeping them of a sensible size and cutting them with a narrow, tapered profile. A bait around 2-inches in size is a good starting point.

Circle hooks can be pinned in the end of the bait to avoid it bunching up, or you can thread the bait through a couple of times if you needed to added security. ‘J’ hooks should be thread through the skin side of the bait and ensure the hook tip is upright and proud, which can be further helped by doing a half hitch around the tapered end of the bait.

With your bait fishing terminals simplicity is the key theme here, which will further help aid in the natural presentation of your offering and hopefully sucker in a gnarly old bream. Where possible fishing unweighted is the best approach, although this isn’t practical where there’s any sort of tidal flow or long casts are required. If weight is needed try and start by using the smallest amount of lead you can, with even a single tiny split-shot a handy addition for a bit of extra casting weight and to hold bottom in slower flow. For stronger tidal areas you’ll need to step this up to a running style rig for bream, with ball and bean sinkers the better weight options.

Fluorocarbon or a hard wearing mono around 5-6kg is a great starting point for traces. Sometimes you have to go lighter to get the bite but this is at the risk of being bitten off, which can happen with big bream. The speed at which these fish hit makes it almost impossible to set hooks using a 2kg leader for instance without opposing forces causing breakage. Lure fishing is a different ball game, as bream are typically hooked in the lips and you’re not striking on a hard running fish allowing much lighter trace to be employed.

Baits are normally cast out and rods set in holders, or the rod is held if the action is hot. Big bream tend to give you a bit of time to hook them before dropping baits, and it’s not uncommon to run up to a flickstick outfit that is getting line smoked from it with the fish already well pinned, especially when using circle hooks.

The other type of bite is a slow fumbling affair, and this is probably the harder of the two to judge when precisely to strike. It can be a case of hook and hope. The heavy, clunky bite of a good bream is easy to discern over the rattling, short and sharp hits of the smaller fish. If you can detect a big bream bite early you can ‘feed’ them a bit of line to let them get it well down their pie hole before hooking.

The fight a solid bream over 40cm provides is terrific, and on a balanced 2kg outfit being hooked-up and getting braid ripped off you in violent bursts is undoubtedly the addictive element of chasing the bigger fish with bait. Strip baits are cheap, reliable and if you’ve rigged your favourite Gama’ hook correctly, you’ll get some impressive results!