How to chase coral trout on the flats 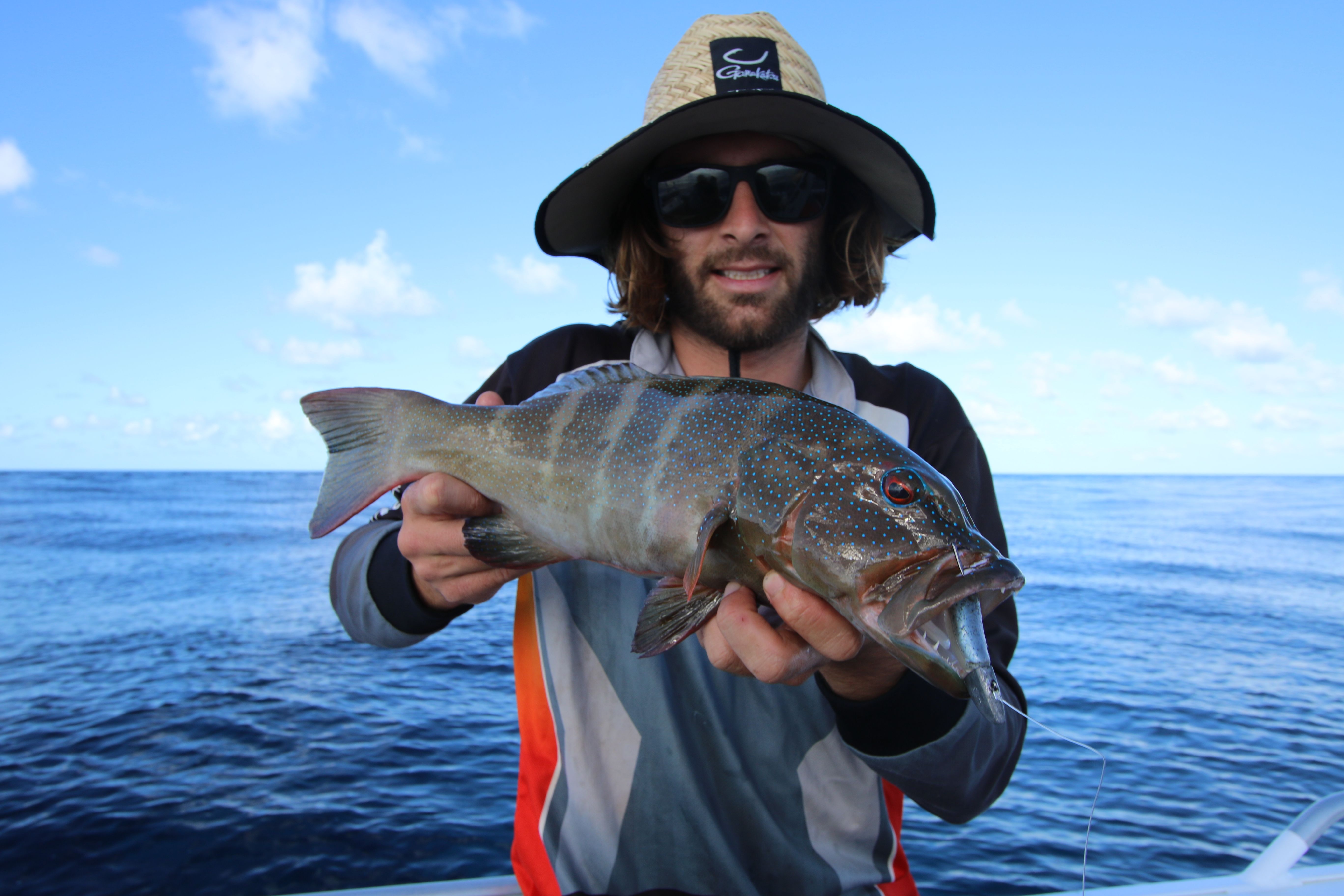 No one reading this can honestly say that they wouldn’t rather be on a remote lagoon fishing the Great Barrier Reef in crystal clear conditions. It is my favourite place in the world and one that as soon as I leave I’m dreaming of the next time I can get back. The variety of fish is unparalleled to anywhere else that I have experienced. The wildlife, raw nature and the sense of adventure that comes with a liveaboard trip is my happy place.

Sometimes that weather can play silly buggers and carry on a little bit too much. It is important to time adventures safely in accordance with weather maps and charts. When so much planning goes into a trip it can be quite deflating to pull the pin because of poor conditions. We have been hit by unexpected weather, where the safest option has been to spend a few days exploring the sheltered parts of the lagoon. In this case, we found some of the most productive options to be tidal dependent. This article will explore chasing fish on the flat and what to expect.

Depending on the shape and type of reef, these options can vary. If there are large coral flats this rule is generally applicable. We tend to fish the hour before the high tide and start t make our way off the reef when the tide shows signs of receding. If this is a new type of fishing to you, always fish the rising tide before moving off the reef. The last thing you need is to be high and dry in the middle of the Great Barrier Reef.

The high tide floods the lagoons and rises up over onto the flats. The majority of baitfish retreat to these shallow sections to avoid getting picked off by bigger predators on the edges of the reefs. Here they can somewhat feel safe hiding between coral ledges and bommies. Little do they know that they are being stalked…

Coral trout will move into the flats and ambush prey swimming past their vantage point, usually in the shadows of overhanging coral or in deeper pools. If there is a breeze, you can tilt your motor up and drift along the top of the flats casting in 360 degrees of the boat with a fast retrieve, looking for the fast reaction bite that is required of the expecting predators. Ideally, an electric motor can be used to accommodate for drift if there isn’t one, and allow ideal zones to be fished. The more patchy the reef with deeper holes, the better. Always have someone at the front of the boat looking for dangers. Use the sounder to ensure that the water is deep enough to accommodate for the draft of the boat and then some.

When the tide is falling, you can run back out to the edges of the lagoons where the water is spilling into deeper water, look for channels in particular. Here you can cast around bigger poppers or stickbaits as you will find some larger specimens who have been patiently waiting for a feed. GT’s, red bass and dino trout to name a few.

As mentioned, the fast retrieve works really well. Most of the time on the reef, especially if you have a good pair of sunnies, you can see your lure working which provides an amazing spectacle as the fish attack. If you come into a deeper hole, allow your lure to sink, but not for too long. The fish here know that they need to be opportunistic in this small open window for a feed.

The fish here are powerful, expect to lose a few to the jagged reef below. Using the fast retrieve or even topwater lures gives the angler every chance possible. The lower the lure is in the water column (which is deep much as it is) the closer to the reef and devastation. The speed of retrieval keeps the lure close to the surface and makes the bite that much more visual, it also keeps the line tight, so you can immediately put some drag on the fish. I use a minimum of 60lb monofilament leader. Monofilament is fine in this instance, it is unnecessary for invisible line to the fish as the lure is moved at such a speed and the fish are so aggressive, without the influence of seeing too many lures before. Also, fluorocarbon doesn’t seem to take as much of a beating as monofilament before giving in. Monofilament has greater abrasive resistance.

Some of the lures that I love to throw around include the Atomic Plazo 7 inch Jerk Minnow, these guys are the most successful and not as damaging to the pocket when you lose them. I don’t mind throwing a ½ ounce jig head on the lure in these conditions just to allow for extra distance in the cast. After a bite, make sure that the rod tip is held high to increase the angle of the line away from the reef. If you need to chase a fish, you won’t have much time. Using heavy leaders can sometimes mean that you will have to jump in to collect a fish with the snorkel, a great excuse for a swim, following the line to where it has wrapped you up.

I also love the ‘slim twitcher’ from atomic. It is a subsurface lure. You can work this lure a little slower with violent dabs of the rod tip to get the lure rolling from side to side. The lure comes in 145mm which often gets the bigger fish involved. Bassday SugaPens in 120mm are also ideal, the fast-paced walk the dog action on the surface is pretty hard to beat. The coral trout will fling out of the reef at such high speed that they often come out of the water to hit the lure. The trout usually are a darker brown colour in the shallow waters where the orange and red colours more often are pulled out of deeper water.

Sometimes you will find a great variety of fish that are keen to party on the reef flats, coral trout, red throat emperor, GT’s and other species of trevally to name a few. They all seem to pull hard and are often competing with each other over who will get to eat the lure first. Did I mention how much I loved these locations? I hope you’re starting to understand why.

I use a 7ft stick with a fast action from the samurai reaction range, rated to 25lb. Such a responsive rod, my favourite for using plastic in particular. I couple this with a PENN slammer 4500 which seems to love getting flogged in these conditions.

Time to start planning out how you can get around to fishing the flats!